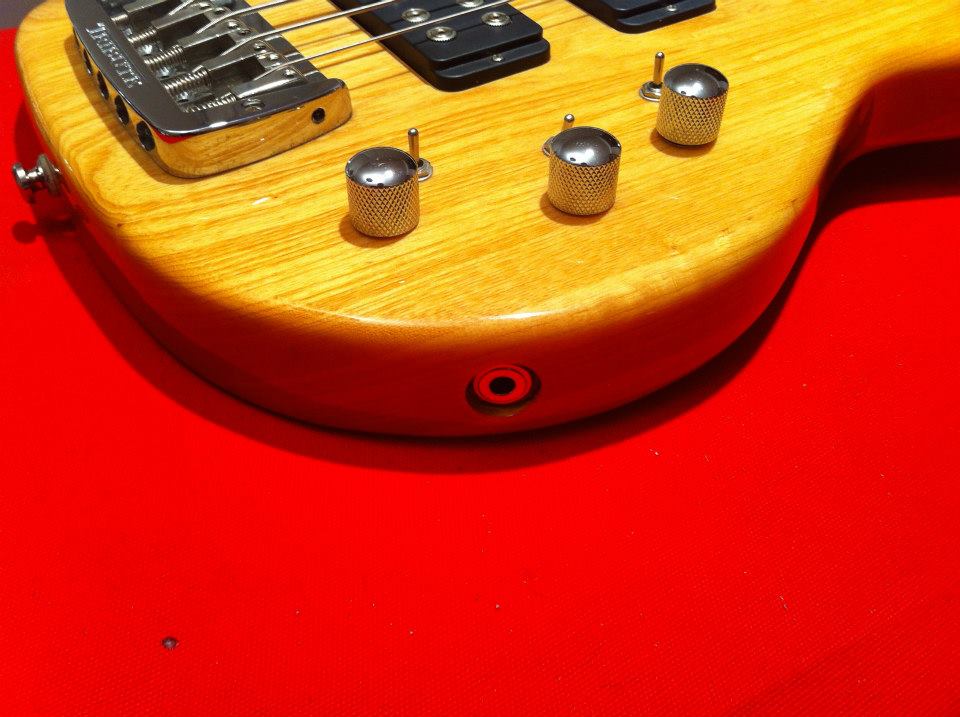 This blog post will focus around a very common repair I have to do on guitars and basses: replacing worn-out barrel-style output jacks.  Unlike the more common Switchcraft-style jack, it is impossible to re-tension the contacts on barrel jacks, making it inevitable that they will fail sooner or later, causing intermittent output, crackling sounds, and eventually no output at all.  Instead of merely replacing the poorly-designed barrel jack with a new one that will just fail down the road, I will retrofit this G&L five-string bass with a Switch-craft style jack that will be much more reliable.

So first, open up the electronics cavity.  Since this bass has active electronics, there’s a lot going on in here, but all we need to do is desolder the jack, keeping in mind the way the wires were all connected to begin with. 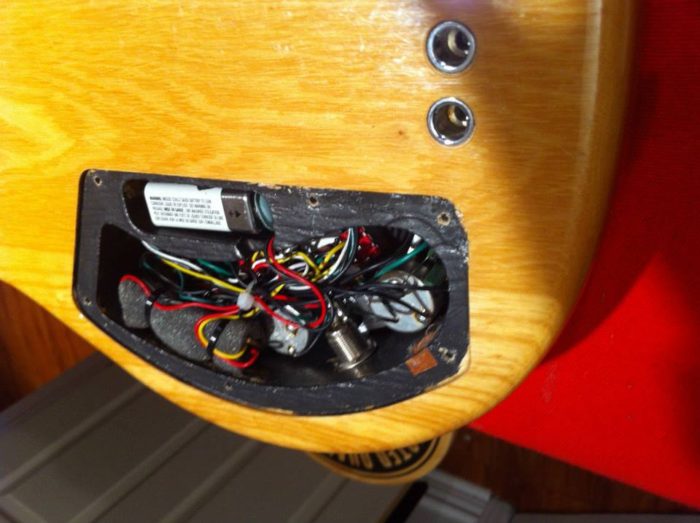 Now you can see the difference between the two jacks.  The intermittent output is caused when the contact prongs aren’t tense enough to firmly hold the cable in place.  On the Switchcraft-style jack to the right, the prongs can be re-tensioned by bending them inwards, but on the barrel-jack there is no way to do this. 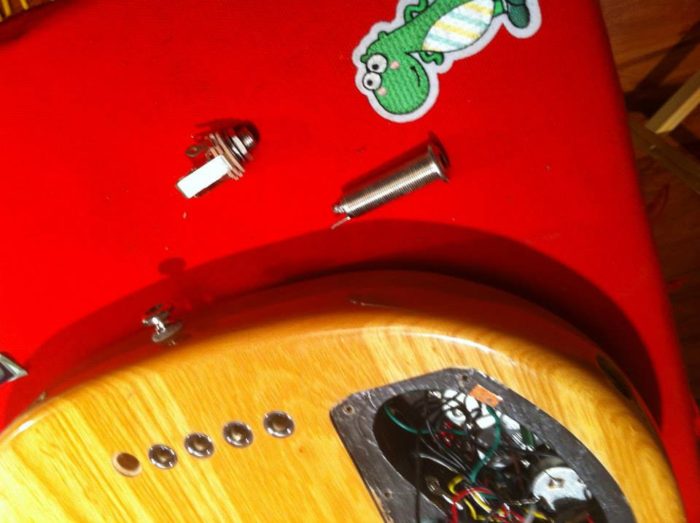 The new jack needs a larger hole drilled in the bass to accommodate its size.  Use a series of bits in stages to enlarge the hole to 3/4”. 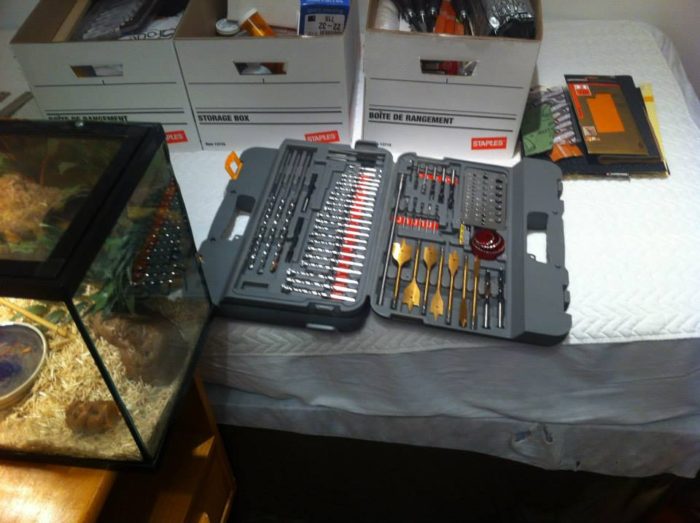 At this point I use a rat-tail file to fine-tune the shape of the hole so the new jack will fit properly. 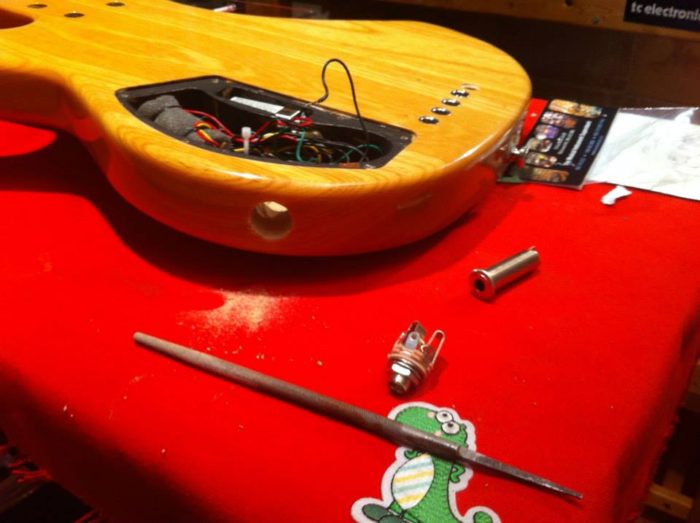 Now solder the new jack in place!  And be sure to isolate the battery lead to eliminate any chances of getting zapped by the active electronics while playing.  I used electronics tape here, but heat-shrink is a more elegant solution. 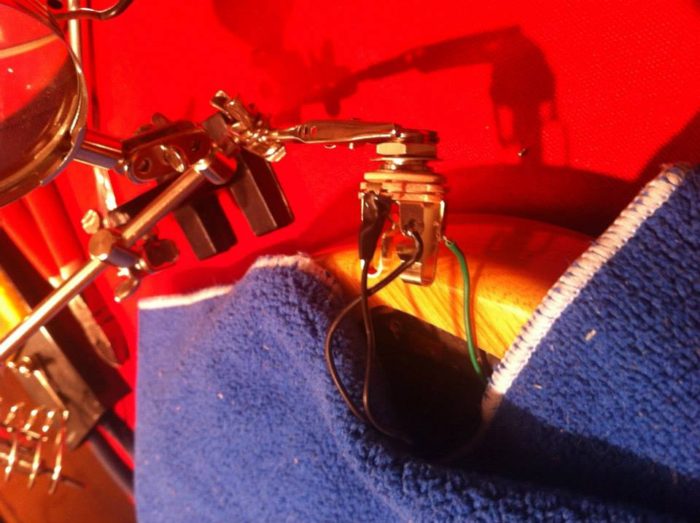 Now use a small drill bit to drill the four screw holes the jack plate needs to mount on the body.  Before you drill make sure you carefully mark their position so they come out even. 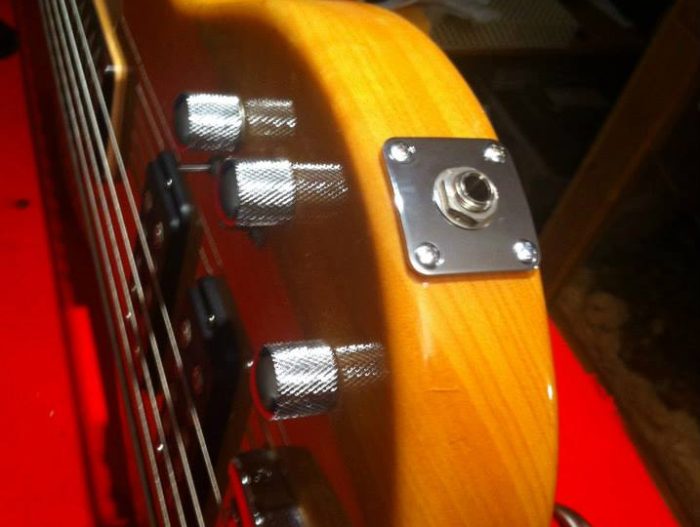 And that’s it!  From now on, if the bass has any output issues, the owner can simply dismount the jack plate and bend the tabs inwards to fix them. 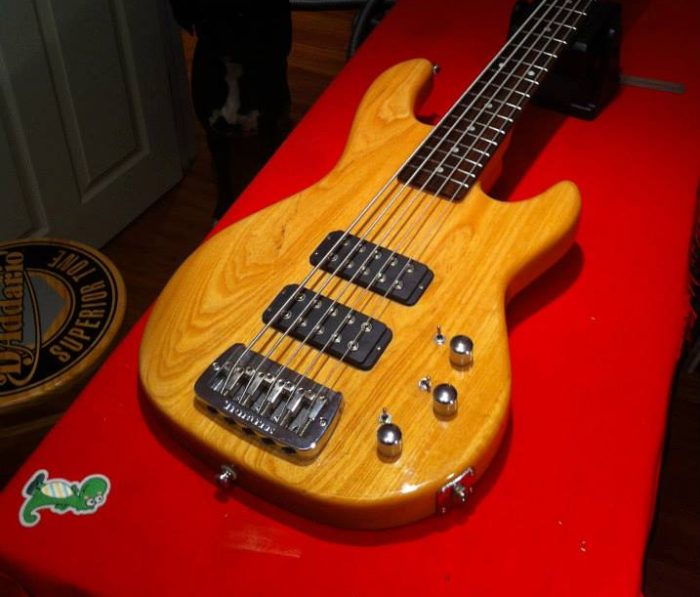